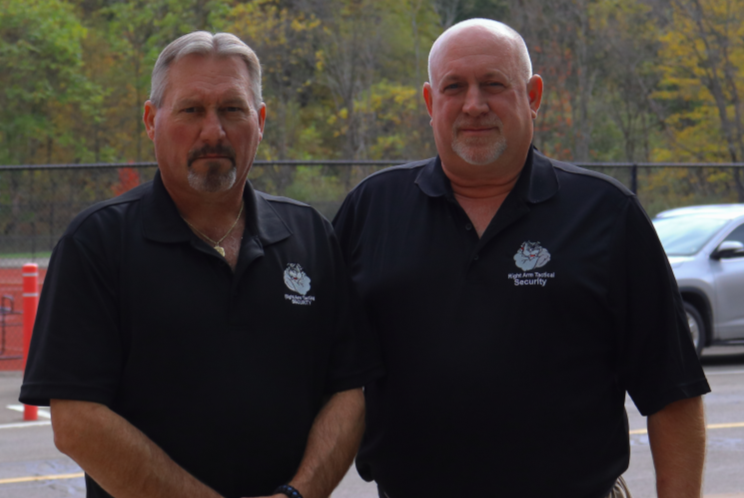 For the 2019 school year, Slippery Rock Area School District switched their security company from Valentis Security to Right Arm Tactical. The Right Arm Tactical security company is a company full of trained and or retired security and police chiefs/officers. “The company we have now they’re professionals. They’re experienced, They’re retired, But one guy’s retired chief of police and Butler City.” Dr. Angelucci stated, our superintendent.

Along with the new security company for our school, our district also got new technology to keep us safer than usual. The technology is called The Raptor Technology.  Angelucci stated, “ visitors have to scan their drivers license and whenever they scan their driver’s license, it actually goes out to a database Clearinghouse throughout the United States, and checks to see if there are any.”

There are three main guards in our school district, Ron, Sy and Tim. They were told “You know what, we just wanted them to be more personable with the staff, with the students. We want them to know the building know the procedures and routines a little better, because that’s going to make their job easier and make it easier for them to watch out for things.” by Dr. Angelucci. “interaction with the kids,They’ve been great. The students have been unbelievable.”Sy, one of the guards, stated. The guards this year are trying to interact with the students much more than the last.